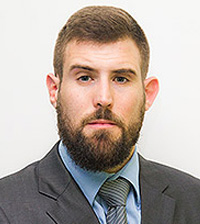 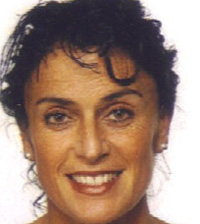 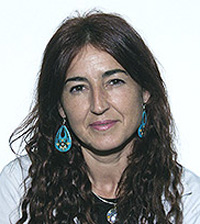 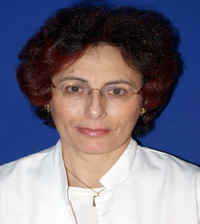 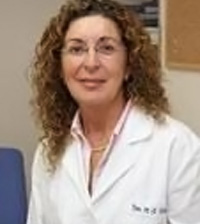 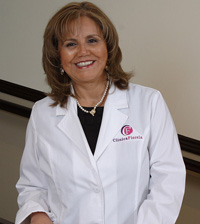 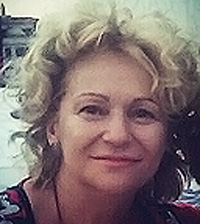 The most important moment arrived in 2006 when for the first time in Spain a university (Real Centro Universitario Maria Cristina, attached to the Complutense University of Madrid) privately regulated studies in osteopathy, naturopathy and Traditional Chinese Medicine as a Grade and other therapies as a University Extension Certificate (chiro massage, health food, phytotherapy, kinesiology, nutrition and natural dietetics, Bach flowers… ) without apprehension of medical or pharmaceutical pressures.

David Granizo Bermejo is trained by the Maria Cristina Royal University Centre and other centers in:

He is a pioneer in the use and modernization of colon hydrotherapy as a tool within the protocol of intestinal purification and regulation with surprising and beneficial results. He is recently conducting the first scientific studies worldwide with prestigious laboratories on colon hydrotherapy within the area of R & D and innovation.

He also teaches colon hydrotherapy and is an associate professor of Transcom performing professional courses and conferences worldwide with a unique and revolutionary method. He is the author of the book “Homotoxicología, depuración e hidroterapia de colon” published in October 2012.

Born in Vera de Bidasoa (Navarra), and living in Bilbao for over twenty years.

Some serious digestive problems that could not be resolved, led her to consult a specialist Colon Hydrotherapy doctor. The results were not long in coming, were very satisfactory and from that moment she knew that this would be her profession.

Maria Luisa Urchegui is trained in:

Her experience as a specialist in Colon Hydrotherapy dates back to 20 years.

Under Dr. M. Stephan she began her training as one of the pioneers in Spain in using Colon Hydrotherapy and then with Dr. J.P. Bouchet, in the medical centers of Hélène Galé in San Sebastian, in Biarritz and later in Bilbao, for which she was also responsible.

In 1986, Luyma Clinic was established, located in the center of Bilbao, and Colon Hydrotherapy regained an important role in the treatment of most diseases in this place.

PROFESSIONAL EXPERIENCE From January 1988 to May 2010 CURHOTEL HIPOCRATES in the Departments of: dietitian bar, administrative, programming, aux. clinical and therapist)

OTHER DATA OF INTEREST

1981. Graduated in medicine from the Faculty of Medicine of the Central University of Barcelona.

1987. Master in “Nutrition Humaine et Diététique” from the Faculty of Medicine of Nancy, France.

1982 – 1992. Medical Director of the health center Curhotel Hippocrates Santfeliu de Guixols (Girona), inspired by German sanatoriums, where therapeutic fasting and other natural medicine techniques, such as hydrotherapy, nutrition and detoxification are practiced.

Since 1992. Director of CTG, Centre of TeràpiesGlobals in Barcelona, a multidisciplinary private practice.

Experience in the treatment of various chronic diseases with natural methods of detoxification and food regeneration based on the methods of Dr. Catherine Kousmine and Dr. Max Gerson.

Master professor of Naturist Medicine organized by the Col·legi of Metges of Barcelona.

Introducer in Catalonia and professor of Global Postural Reeducation courses -RPG-. So far there have been 14 courses and 728 professionals, doctors, and physiotherapists trained.

Introduction in Spain of the methods of Dr. Catherine Kousmine by organizing various courses for doctors and therapists.

Technician in the application of colon hydrotherapy since 1985.
PUBLICATIONS AND CONFERENCES
1996-97. 1996-97. Publication in the medical journal NATURA MEDICATRIX No. 45 “The RPG of PhilippeSouchard, breakpoints with classical physiotherapy”.

2004. 2004. Publication of the book FOR A RESPECTFUL AND SUSTAINABLE MEDICINE. Editorial CEDEL.

Course of “Self-managed Rejuvenation” organized in Foment del Treball of Barcelona in 2008.

Speaker in several congresses of the Spanish Society of Aesthetic Medicine SEME, last held in Barcelona in February 2011.

2012. Publication of the book PHILIPPE SOUCHARD, DIALOGUES WITH A TEACHER, Editorial ABADIA Editors.

These courses have taken place mostly in Paris and Lyon, and are certified by diplomas.

EXPERIENCE
Since 1982. Private practice, imparting rejuvenation treatments (anti-aging), as the address of the Massalud Medical Center and treatment of intestinal disease in Zaragoza from 1982 to 2000.

Companies to which I belong : A.E.M.N (naturopaths) and German Society For Thymus Therapy

OTHER RELATED WORK WITH MY PROFESSION

All of the interviews have always been in relation to the prevention of aging, cosmetic medicine treatment and management of Medical Centers.

President of the Scientific Committee and organizer of the Third International Congress of Ozone Therapy, Complutense University of Madrid, June 2012.

Member of the Scientific Committee and Honorary member of the International Turkish Congress on Ozone Therapy, Istanbul -Turkey, May 2011.

Appointed Honorary Vice-President of the Asian-European Union of Ozone Therapy, May 2010.

Member and organizer of the Scientific Committees of Congress “New Horizons for Ozone Therapy” an event declared to health interests, Galicia – Spain, 2008.

President of the Scientific Committee and organizer of the “Meeting of Ozone Therapy Schools” at the Royal National Academy of Medicine. An event declared to health interests. (Madrid- Spain) 2009.
Teaching activity
Vice director of the University Expert Course of Ozone Therapy and Growth Factors. University Rey Juan Carlos of Madrid, June 2014.

Professor of the Spanish Association of Medical Professionals in Ozone Therapy (AEPROMO) 2008 to present.

Professor of the Graduate Ozone Therapy University of Seville, 2012-2013.

Professor and Director of the course “Discolysis: practice on cadavers and simulators. Infiltrations with ozone in clinical pain” Complutense University of Madrid, June 2012.

Coordinator and Chair of the Scientific Committee of the International Congress of AEPROMO at the Complutense University of Madrid, June 2012.

Teacher, organizer, coordinator and director of the course in Ozone Therapy in Ultrasound-guided Infiltrations and Platelet-derived Growth Factors: practice on cadavers. Complutense University of Madrid, October 2011.

Professor and Director of the course “Ozone in Aesthetic Medicine I”, Madrid, January 2011.

Professor and Director of the course “Ozone in Aesthetic Medicine II”, Madrid, March 2011.

Professor of the intensive course of Ozone Therapy over one week in Culiacan – Mexico, organized by the Association of Mexican Ozone Therapy, February 2010.

Has spoken in almost all major events of Ozone Therapy throughout the world.

Has practiced medicine for more than 15 years in Africa, Latin America, Asia and Europe with different intergovernmental agencies and United Nations.

Speaks and writes in Russian, English, French, Portuguese and Spanish.